'Why Socialists Should Become Teachers': Radicals train students to organize for social justice

This summer, Young Democratic Socialists of America is conducting a six-week summer session that trains college students to unionize for social justice in their workplaces.

One of the readings connected to the third Political Education Session is the article 'Why Socialists Should Become Teachers,' which was collectively written by DSA teachers of West Virginia.

This summer, Young Democratic Socialists of America (YDSA) is conducting a six-week summer session that trains college students to unionize for social justice in their workplaces.

Titled "Red Hot Summer," the training will give "give young workers the tools to organize their workplace and discuss how the labor movement can play a role in winning fights against racism, sexism, homophobia, climate change, and imperialism," according to the YSDA website.

The training sessions, which run through July 26, include three "Political Education" sessions.

One of the readings connected to the third Political Education Session is the article "Why Socialists Should Become Teachers," which was collectively written by DSA teachers of West Virginia.

[RELATED: ANALYSIS: How the rise of unionization on campus impacts undergraduate students]

"[Teachers] can command respect and people look to them as moral and social guides, especially for their children," the article states. "All these strategic factors argue for the presence of socialists within education because of the political and economic leverage teachers could exert if organized."

In the spring, YDSA claimed victory in the unionization of three key campuses: Wesleyan University, Dartmouth College, and Grinnell College.

WE WON OUR UNION ELECTION UNANIMOUSLY! 52-0! WE ARE A RECOGNIZED UNDERGRADUATE UNION! pic.twitter.com/9hosBnsBJ8

The student union at Grinnell College was expanded in April and now covers all undergraduate workers rather than only dining employees. The union claims to be the "first independent undergraduate labor union in the country."

This month, the union at Grinnell is voting to expand their dining workers union to cover ALL student workers on campus! https://t.co/Sij7rZvuob

The attempt to unionize student workers will continue into the new semester, as well. The latest "Labor Organizing Chapter Report" detailed plans from three YDSA chapters to begin prioritizing union efforts through organizing and solidarity.

The report was published on May 22.

YDSA is also turning its sights toward national issues.

The group markets its training as preparation to build activist networks for progressive change. 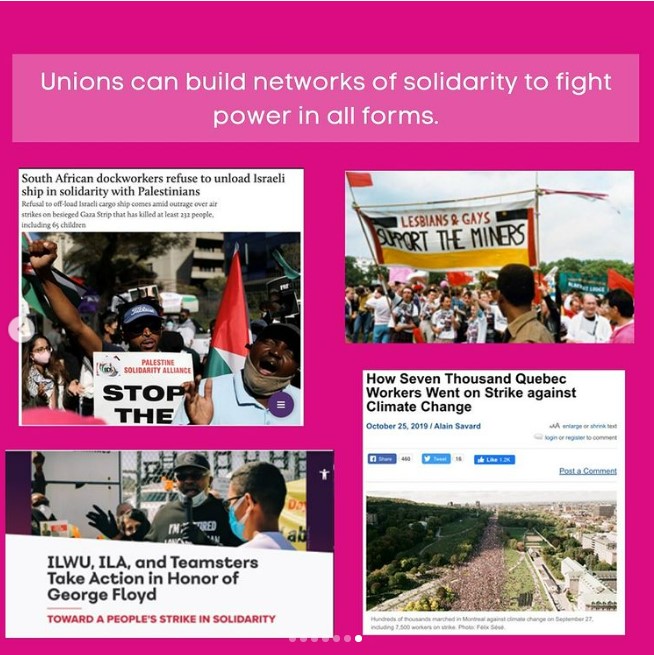 "From climate change to racial justice to queer rights to abortion: we have asked leaders for change," the group's May 9 Instagram post states. "We're done asking. It's time to build worker power to fight for the world we deserve."

For example, Starbucks Workers United recently announced that 135 stores have successfully unionized, including locations in 12 states.

Chapters can access a "Solidarity is Brewing" toolkit that equips students with resources to bring the fight to campus.

The kit includes talking points on unionization, sample social media posts, and campaign work chapters can do to show support.

Locally, the YDSA chapter at Florida International University conducted a solidarity campaign in an attempt to unionize the Miami Springs Starbucks branch. The attempt failed in a narrow 13-14 vote.

The training will occur as individual sessions from June 21 to July 26. It will be available to activists across the country and sprinkle in lessons on "political education," in addition to organization training.

Campus Reform has reported on YDSA's involvement in advocating for progressive principles both on college campuses, and in their communities.

In May, multiple chapters participated in various "Women's Marches" held across the country to protest the possible overturn of Roe v. Wade. Approximately one million activists marched in 450 demonstrations.

Additionally, the YDSA chapter at the University of Cincinnati protested against two Ohio bills that rival the Florida "Parental Rights in Education" bill. The protest was dubbed "You lie, We Die: Rally for Queer Youth."

The legislation would prevent teachers from discussing sex and gender in a manner deemed not age-appropriate, and bans the teaching of sexual orientation or gender identity in classrooms below the third grade.

The attempt to unionize often results in campus-wide shutdowns and protests. Additionally, demands can come with a lofty price tag for universities.

Campus Reform reported that the Indiana University BloomingtonYDSA chapter tweeted a video of strikers camping outside of the Vice Provost's office to demand recognition of a graduate student union.

Campus Reform has contacted YDSA and the mentioned chapters for comment. This article will be updated accordingly.